Inscribed in 2011 on UNESCO's Representative List of the Intangible Cultural Heritage of Humanity, Fado is best known as the urban popular song of Lisbon, Portugal. But, like any art form, it has varied influences and it continues to evolve. Raízes e Ramos (Roots and Branches) was formed in Toronto in 2011 with the desire to bring this rich genre of music to a wider audience.

Inscribed in 2011 on UNESCO's Representative List of the Intangible Cultural Heritage of Humanity, Fado is best known as the urban popular song of Lisbon, Portugal. But, like any art form, it has varied influences and it continues to evolve. Raízes e Ramos (Roots and Branches) was formed in Toronto in 2011 with the desire to bring this rich genre of music to a wider audience. Join vocalist, Jessica Lloyd, multi-instrumentalist and vocalist, Louis Simão, and bassist, Brian Quebec as they take you on a journey through the ages and landscapes that together weave the musical threads of Fado. With the combined forces of these three eclectic but complimentary musicians, you will experience the traditional sounds of the famed Lisbon Fado houses before you are whisked away to other faraway lands of the Portuguese-speaking diaspora.

As a classically trained vocalist, Jessica Lloyd’s genre-crossing vocals never fail to impress. She is a former member of the Canadian Opera Company Chorus and has appeared with various opera companies and symphony orchestras; all the while maintaining a career in the pop and world music scene singing in big bands, rock bands, a capella vocal groups and Spanish and Portuguese-languaged ensembles. In addition to performing, Jessica is a passionate music educator.

Louis Simão is a multi-instrumentalist and composer who has worked with numerous distinguished artists and ensembles including Patricia Cano, Kiran Ahluwalia, Michael Occhipinti, Luis Mario Ochoa, Guinga, and The Shaw Festival’s “Maria Severa”. Named "World Solo Artist of the Year" in 2017 by the Canadian Folk Music Awards, Simão has opened for Cesária Évora and Celso Machado, toured Portugal and performed at the Festival de Printemps in Azzemour, Morocco as the guest of the Portuguese Consulate and the Instituto Camões. Louis' website

Brian Quebec Brian is freelance bassist living in Sudbury Ontario. After studying music at Cambrian College and then the University of Toronto, he began a career in music, first in Toronto and then relocating to his hometown. His journey has included performing in a number of diverse genres from musical theatre to jazz. Besides recording sessions for local artists, he released ' Jazz at the Gallery' with Tony Simpkin and Jack Broumpton in 2001. Currently Brian teaches private music lessons as well as performing locally and beyond.

For this concert, the John Sherwood Trio will be celebrating the profound influence that four late/great jazz pianists have had on his playing featuring compositions and arrangements by each of them: Tete Montoliu, Clare Fischer, Oscar Peterson and Bill Evans. Arrangements and stylings of all four will be included in John’s program, and John will be joined by Canadian jazz legends Terry Clarke on Drums and Kieran Overs on Bass.

Born in Oakville Ontario in 1961, raised in St. Catharines, John Sherwood is easily among the top jazz pianists in Canada today. His strong foundation in classical music is apparent, but does not overshadow his ability to swing. “In the town in southern Ontario where I grew up, there is an outstanding young pianist named John Sherwood.” -Gene Lees, The Jazz Letter. “Sherwood is firmly of the Oscar Peterson school. His feature, I’m Falling in Love With Love was music that was beautifully constructed, brilliantly executed and of deeply lyrical quality and he swung mightily all evening long.” -Hugh Fraser, The Spectator. John appears regularly with Peter Appleyard, and has also performed or recorded with Moe Koffman, Guido Basso, Rob McConnell, Ed Bickert, Jake Hanna, Kenny Wheeler and Butch Miles to name but a few.

Having recorded over 300 albums with various jazz artists, Terry Clarke is a familiar face at jazz festivals, concert halls, and venues throughout the world. In August of 1999, he returned to Toronto, reuniting with Rob to join his exciting new ensemble, “The Rob McConnell Tentet”, Terry Clarke’s most recent CD release is “Bick’s Bag” (Triplet Records) featuring the trio of Bill Mays, Neil Swainson, and Terry Clarke, in tribute to Canadian jazz guitar legend, Ed Bickert.

Terry Clarke continues to perform and record with a number of international artists, including Nancy Wilson, Bill Mays, Renee Rosnes, Jim Hall, and Helen Merrill, as well as with an exciting line-up of Canadian musicians, among them David Braid, Jake Langley, Don Thompson, Nancy Walker, Neil Swainson, and David Occhipinti. Clarke is also an enthusiastic jazz educator, and for the past several years has been a member of the Faculty of Music at the University of Toronto.

Toronto-born bassist Kieran Overs has been active on the Canadian music scene since 1970, first on guitar and electric bass, and for the past 34 years on acoustic bass.

Overs holds an Honours Diploma from Humber College, a B. Mus. from Humber/BCOU and an M. Mus. from McGill University (Montreal). He has also studied privately with renowned Danish bassist Neils-Henning Orsted-Petersen and arranger Rick Wilkins. He has toured internationally with Moe Koffman/Dizzy Gillespie, Jane Bunnett, Sophie Milman, Carol Welsman and Emilie-Claire Barlow, among others. Having worked in Toronto as a sideman with such artists as Zoot Sims, Chet Baker, Bill Charlap, Harold Mabern Jr., Carol Sloane/ Bill Mays, Brian Dickinson, Pat Labarbera, Alex Dean and Kirk MacDonald, Overs has established a solid reputation in Canadian jazz. Overs is currently a member of The Nancy Walker Quartet, Ted Quinlan Trio and Inside Out (with Lorne Lofsky and Barry Romberg). To his credit Overs has 4CDs as leader/producer and more than 80 as a sideman. He was one of only 8 jazz artists selected to represent Canada on the 4CD/50-artist box set “Here and Now – A Celebration of Canadian Music “, produced by the Canada Council to commemorate the fiftieth anniversary of the United Nations (released world-wide in October 1995). A profile of Overs’ career can be found in Mark Miller’s book “The Miller Companion to Jazz in Canada”.

The Canadian Online Jazz Festival is back for its second edition featuring festivals from across Canada. COJAZZ strives to show the diverse array of music and musicians from coast-to-coast across this great nation! With multiple festival organizations participating, expect a wide variety of music highlighting artists from each scene being represented.

Visit this website each day of the Festival to learn where to watch streams; either here or a site associated to a Jazz Festival somewhere in Canada. 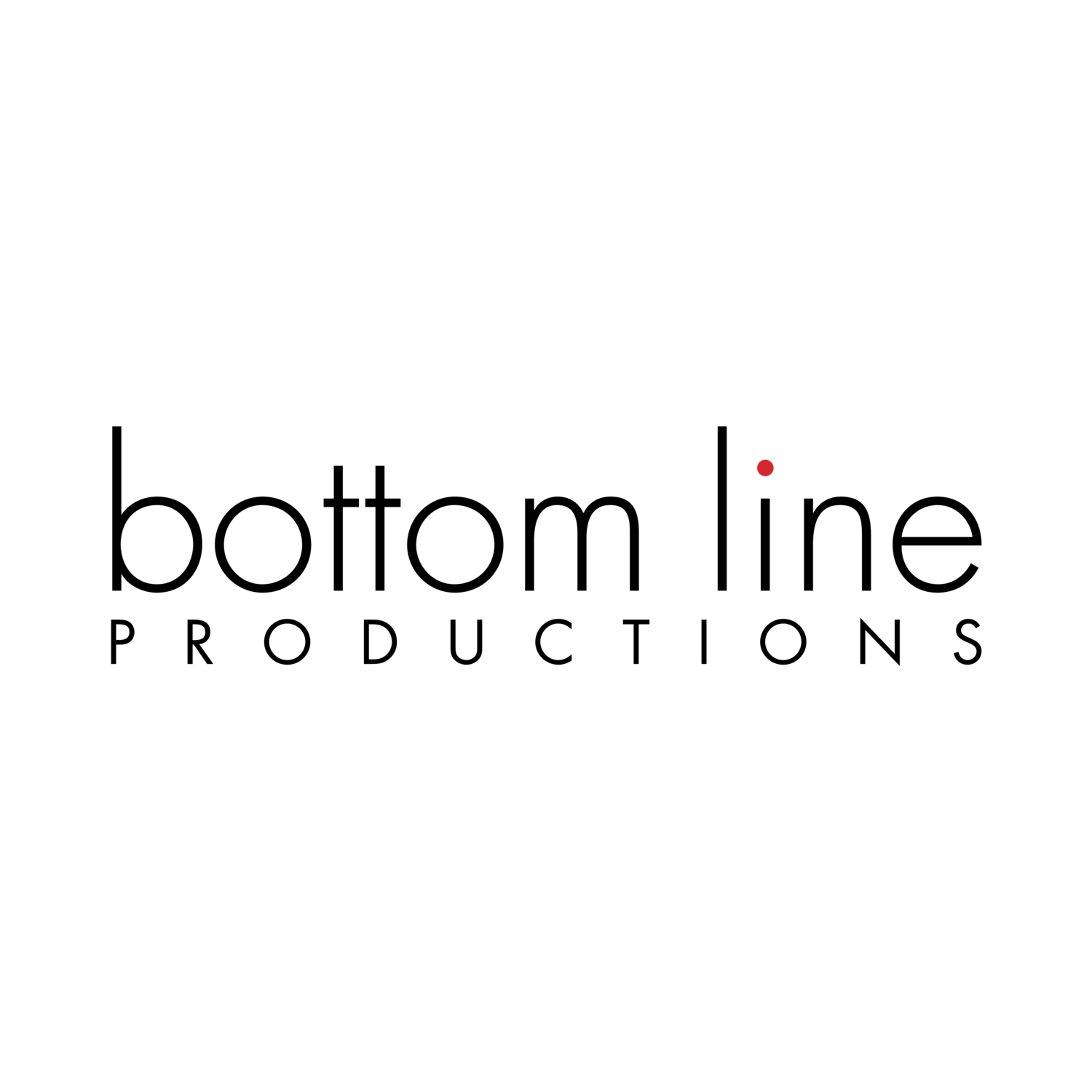